This project included the conversion of an existing residential building in the Tribeca West Historic District. Built in 1893, 7 Harrison Street served as a warehouse until 1906 when it was modified to a cold storage facility for produce and dairy merchants. In the later 20th century, it was converted to residential use and has now undergone a gut renovation conversion to a luxury condominium. Areas of existing timber framing were replaced with a steel and concrete floor system. The project includes a penthouse addition and a reorientation of the units inside, from North-South to East-West. 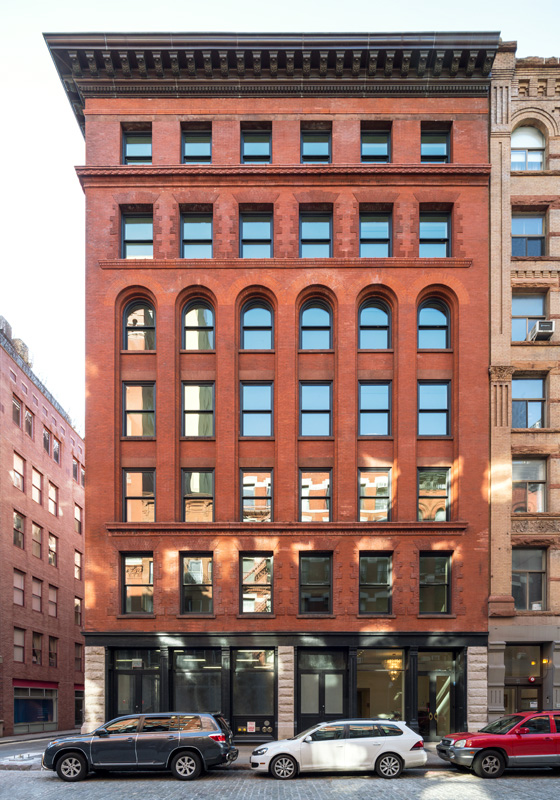 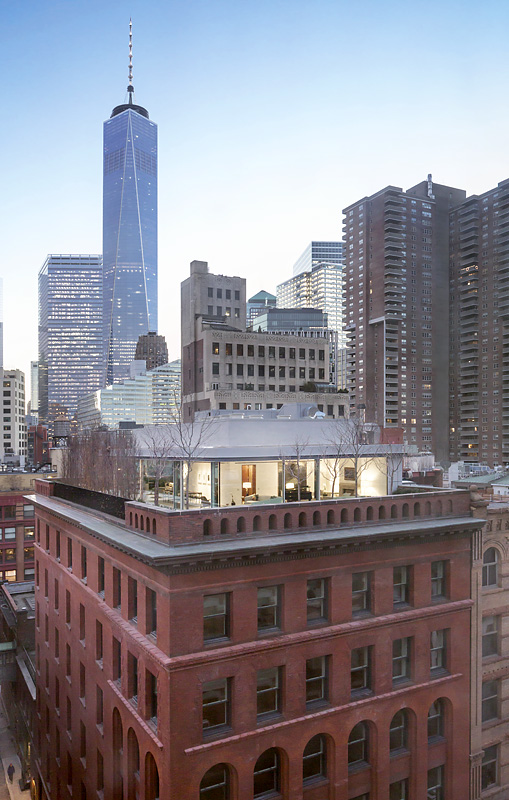